Mistress Naughty catches Poor Willy sniffing her underwear. She puts him face down with his nose in the panties and sits on the back of his head ordering him to sniff the panties.Soon she is facesitting him making him sniff and smell a real woman. She facesits him forward, reverse and sideways !!!!Part Two Of Three 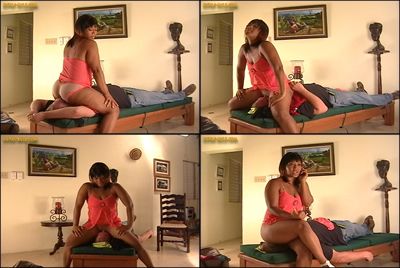 I drag the slave into the living room on his collar and order him to put his head on the edge of the couch - so I can sit on his face! But that's too easy for him - so I order him to get on the floor instead where I can smother him again. Next up I pull his head up on the bean bag and sit down on top. Now he's really in trouble as the beanbag holds his head tight left and right and my full weight presses down on his face from the top - he's getting totally smothered and has no way to escape. For the finale I push him on the ground again and place the bean bag over his head - and then sit down on top!

Last time, he didn't resist too much with Kourtney. This time, she call him again to finish her job. Cruel and sadistic cold bloooded girl, continues with her t0rment. Kourtney smothers him under her ass and k1lls him under her weight.

This is how professor lives out of school. When he see the girls like Sibilla and Teodora, his brain gets stupid and his life wants just one thing- to serve the beauties. And filful their fetishes. So, too weak on female's beauty he does whatever they want. Sibilla enjoys on his face.

Sexy dominant Lady Kitty takes off her leggings and starts sitting on her slaves face with her sweaty panty. She wants him to smell her pussy while watching TV for a while. She loves the feels of having a face under her ass and pussy and she loves when he sticks his nose deep inside her ass..smelling it!

Pretty Joss and youngest girls on the site, 18 years old Stella, meet one pervert. He is experienced in fetish but he will goes through really painful t0rture by these two girls. Every girl weight about 50 kilos but they know to use it. More jumps and more heavy movements will crush him. FS full weight.

On me black shorts and beige stockings in a grid are dressed. I sit down on person Eveline, she smells my ass and my gases which I start up to her in a nose)))) I suffice her for hair and I made her to inhale aroma of my gases)))

Joss and Meg are hungry. They would like to eat pancakes. One sweet boy is here to be squashed by them and turned in mancake. Cute and crushed, he is ready to be eaten. But is great tool for making of pancakes. Specially if this is made with full weight.

One pervert guy sits in his apartment and waits for the rented go-go girls. They come and start to seduce him with their pretty bodies and lovely faces. The idyll was broken when they ask for the money before they start their show. He has no money. He messed with the wrong girls. They will not go away until he fulfils their fetish dreams. Candy (golden panties) and Nancy (silver panties) perform great fun for all facesitting fans.

When it comes to facesitting I not only enjoy feeling a face under my firm ass - I also love to see the whole scene - that's why I chose to make this facesitting clip in front of a huge mirror. This way I can see myself sitting on my slave's face in the mirror and enjoy it even more!

Sinovia smothers Cassie as Walter taunts her from behind the camera! Hesent one of his evil minions, Sinovia, to sit on her face to exact revenge forall the years of abuse Cassie's put him through! Walter talks about how they'll stuff her body in a glad bag to dispose of her corpse once she's de@d! At one point Walter holds down Sinovia's shoulder as he films to keep Sinovia from getting up, smothering Cassie to her limits! Cassie threatens Walter but she's powerless to carry out her threat while his minion smothers her without mercy! 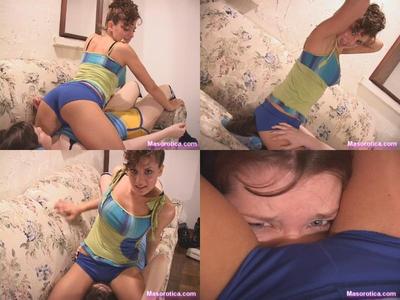 Maya is our tallest girl right now. She is over six feet tall with great body and lovely friend Teodora. You now Teodora... Anyway, they two will shine like the stars in the next clips and take some money from you. Maya smothers a guy and Teodora helps her.

Cheerful girls Sonny and Joss make our autumn better. It's cold and windy outside and the girls are inside the warm apartment. Their company is not so happy guy. With their full weight, girls sit on his face and make him the real problems.

Sexy Kitty N. sits on her salves face and moves her pussy on his nose. She turns and stick the nose of him into her ass and wants him to smell. smell her ass, her sexy ass

Britney and Bea, tall beauties, seek for new adventures and more and more trampling and domination over the poor guy. Face sitting and smothering fight.

Nikki loves making girls kiss her butt before she sits on their face "Kiss my butt. Kiss my butt." she says lowering her butt over ugly girl's face. Nikki tells her not to fight it as she crushes ugly girl's face flat! She makes her kiss her butt some more before sitting in a forward position, burying ugly girl's face into her pantyhosed crotch! Nikki repeats all attempts at fighting her off are futile "Stop fighting it. Just take it ok?". She even asks the ugly girl to cry for her as she smothers her mercilessly! "Cry for me. I want to see tears in your eyes before this is done." The camera man even pitches in "Yeah Cry for her bitch" No pity for the ugly victim in this shoot! In the end Nikki manages to make the ugly girl tear up, and even dances and taunts her about it! 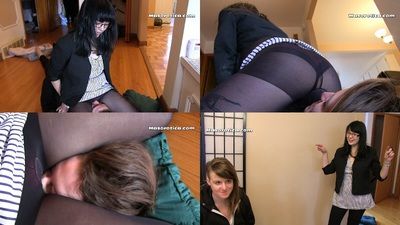 It's hot in the room on this winter day. Our girls Teodora and Mona decide to make some new clips for you perverts. There must be snowy next days. Teodora for the first time on male's face. Don't miss this one...

When I enter the room my slave already lies on the ground in front of me. But I cannot see him anymore...! At the beginning I start to slap his face. But then I decide to take him the air to breath. I sit down on his face with my hot and sexy ass. Soon he can breath very hardly only. While doing so I wear a very hot top. You can see my perfect breasts easily now ? but the poor scoundrel cannot feel happy because of this...! From time to time I also take his ability to breath with my hands. I hold his nose and mouth tight. In the meantime my friend behind the camera comments every action and verbally humiliates the slave. At the end she cheers me up to punish him much more and even joins me for a short time...!